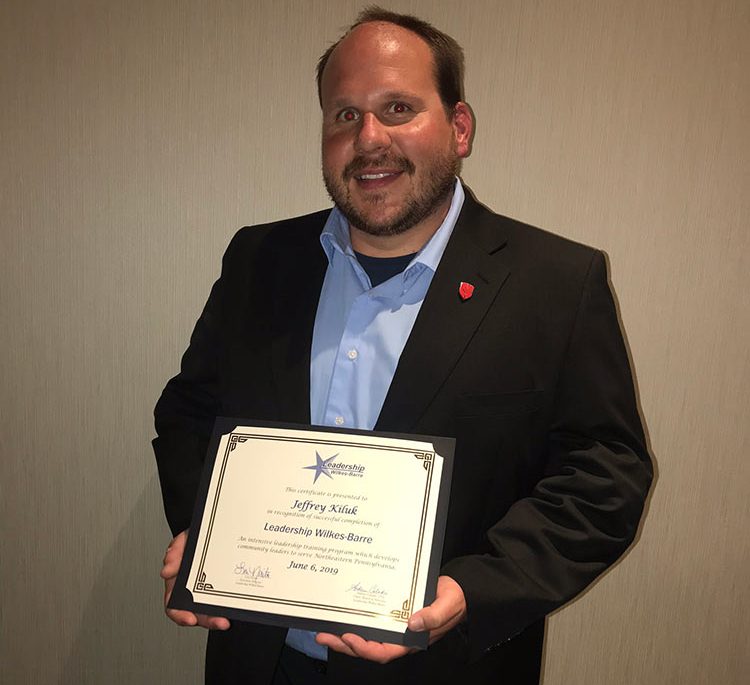 Jeff Kiluk has been with Sordoni for 7 years.  He was hired in 2012 as a project engineer, advanced to become an assistant project manager, and was promoted to Project Manager at the beginning of this year.  In May of 2018, Jeff was selected to participate in the Core Program of Leadership Wilkes-Barre.  On June 6, 2019, he graduated from the Leadership Wilkes-Barre Class of 2019.  The program requires each class member to complete a group project focused on improving their community.  Jeff’s group selected the team name “Parks and Restoration” and their community project was to repair and restore the Quality Hill Playground in Nanticoke, PA.  Some of the items on their to-do list included:

Their mission was to collaborate with the Quality Hill Playground Association to restore and beautify the grounds and facilities to create a safe environment for existing families and future generations. Mission Accomplished!

Carmen Brutico joined us back in 2016 as a Project Manager.  Carmen was selected to be a member of the Leadership Lackawanna Class of 2019 Core Program, graduating on June 13, 2019.  The program requires each class member to complete a group project focused on improving their community.  Carmen’s team named itself “Fun for All” and its mission was to promote the inclusion of children with special needs into family and community life.  Team “Fun for All” assisted the Trinity Child Care location of St. Joseph’s Center by fundraising, purchasing and assembling children’s play equipment and furnishings for their new outside play area and indoor room.  The team will host an unveiling event to showcase the new play equipment as well as spread awareness for the Trinity Child Care Center’s mission of promoting inclusive play for medically fragile children.

Click here to find out more about this project!

The deadline to apply for Summer 2023 Internships is rapidly approaching! For more information about our internship opportunities reach out to mscap@sordoni.com. #sordoni #INTERNSHIPS #technology #opportunities ... See MoreSee Less

COMMUNITY DRIVEN - We are an integral part of our community and work together to create a sustainable future.

STRONGER TOGETHER - We inspire, challenge and support each other.

TRUE NORTH - We do the right thing, always. We are open, honest, fair and reliable.